Get beneath the surface - The IJT Blog

Two of the most evocative images of historical Japan are the ninja and the samurai. We’ve all heard of them, but what do you actually know about these famous historical assassins and warriors?

It’s time for the epic showdown of the ninja and the samurai! 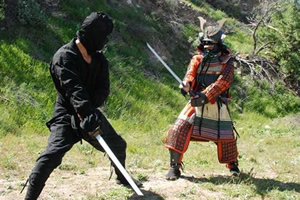 First of all, who were they?

Samurai 侍 (usually called “bushi” or “buke” in Japanese) were the military nobility of Japan. They lived during a time when the Emperor of Japan was little more than a ceremonial figure, and the country was actually ruled by a shogun, or military general.

The shogun presided over a bunch of powerful clans, called daimyo, each of which controlled its own small portion of the country and hired samurai to act as its guards and warriors. 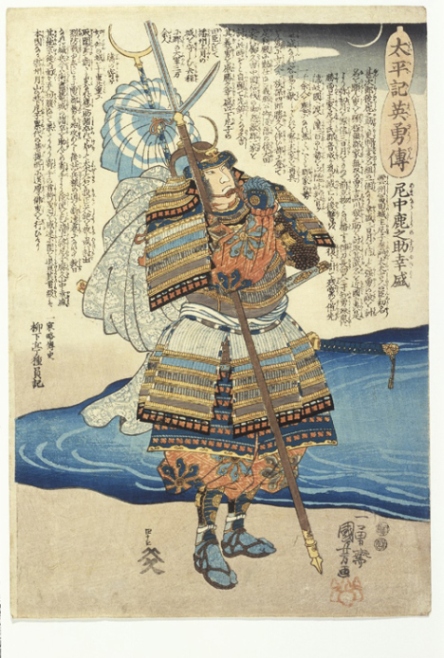 Samurai were not only fierce warriors but followed strict codes of honour and combat. During the long peace of the Edo Period (1603 –…

You can connect with someone through discussion or by experiencing the same events, but there is another way you can connect with someone, ENERGY: the Force, Ki or Chi, call it what you want. You can make a connection with a person by the energies that a person transmits. Many may not believe this is true because there is no machine that tells us it is possible, I know it exists from my own personal 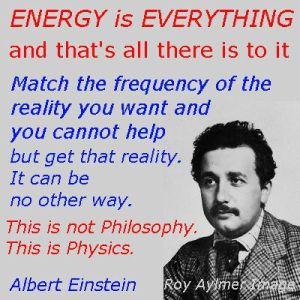 experience.
Let me give an example of what I mean. Last night I’m standing in line at the grocery store to pass the time in the line I started a conversation with the guy next to me, “How’s your Saturday going ?” He said fine, then he asked me how mine was, I said, “Good” and I added, “Worked out with my buddies and I am feeling good but will probably feel the pain tomorrow.” Thinking the subject would change, cause no one really wants to hear a boring workout story. But he asked, “What kind of workout did I do ?” I told him, “I do martial arts”, just being vague, because if you are not part of the “culture” others really don’t understand or care. I said, “We did regular class then one of the guys wanted to do a high energy workout after class.” He then said, he does Aikido in the park with his friends and every once in the while he’ll roll on something he didn’t see and the next day he is sore.
Of all the people I talked to Saturday, I strike a conversation with another martial artists standing in line at the grocery store, what are the odds ? You think big deal, most people can talk about sports anywhere you go. Not true with martial arts, even though martial arts is popular it does not have the same following as the major ball sports. Martial artist are invisible, they’re like Ninjas ! They don’t wear flashy jerseys or yell out their styles across the bar and do fist pumps. I am pretty much alone when I do that, even my wife and kids walk away.
Just a coincidence we stood next to each other in line ? Probably, but maybe our shared interest sparked the conversation, people transmit energy that can be felt by others. That is why there is the saying, “Trust your instincts”, transmitted energy is what gives us a “feeling” about another person. The energy or what martial artist would call Ki or Chi, depending on your style; can be used by anyone but you do have to be open to its existence and it does take a little cultivation. You may have used this energy in the past and never realized how you knew, what you knew, but you knew.

This is not the first time this sort of thing has happened to me, there have been a number of times I have experienced and used this energy, but those are stories for another time. 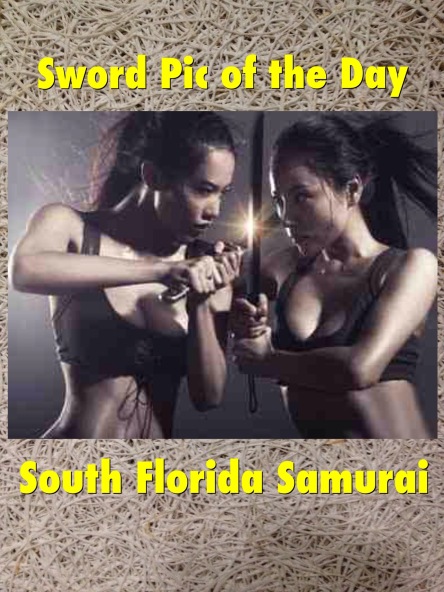 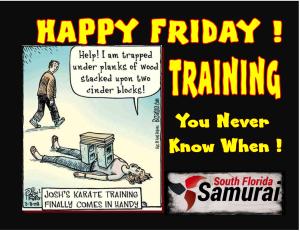 0 CommentsLeave a comment
When the zombie invasion happens the samurai sword will be the weapon of choice; because you never have to reload.

Gramps is 30 yards away, he is traveling at 80 mph, divide that by your shoe size that will give you the number of feet you can run before being Tameshigiried in half. 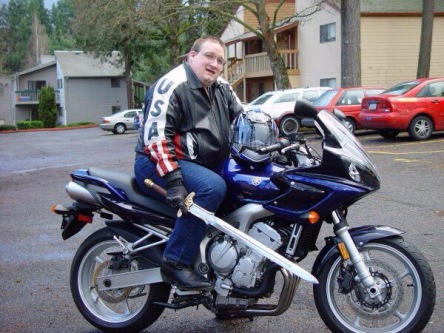 My disclaimer: For demonstration purposes I refer to human body parts and how a sword might be used in a battle scenario but this is only for examples, I do not recommend or promote the use of a sword steel or wood on any human beings or animals.

Definition of Waza is technique 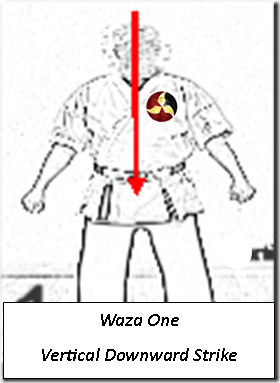 Step 1. Learning the Pattern. Learning Waza 1 first is just to learn the pattern of the strike in this case it is a simple downward movement with the sword. Think of entering the top of the opponent’s head and ending just below belt level. When the blade stops it should be parallel to the ground, about belt level. This is first step of learning the technique.

Step 2. The Arc. When you have become comfortable with that movement, it is time to look at the next step of development.

The arc, as this technique is performed it begins overhead, you should reach out on the strike extending the arm as far forward without compromising the balance. Then begin the strike and pull the sword back to the left chambered position, just as you would do with a punch. Reaching out and pulling back will give movement to the blade. The katana is a slicing type of blade and not a chopper, for a good cut the blade must move across or slice the target. The purpose of each of these steps is to add more movement to the blade.

Step 3. Rising & Dropping. Once you are comfortable with the arc, you will work on the dropping of the body weight with the strike. The strike begins the same as in step one and two but as the technique is performed and the sword begins its downward strike learn to bend the knees, keep the body weight centered and drop. The body will lower and you still pull the sword back to the left chambered position. Dropping the body adds weight to the strike helping the blade cut through pulling back to the chambered position also makes the blade move increasing its efficiency.

The motion of the blade is downward and is being pulled back.

Step 4. More Movement. Adding movement. This is to add movement to the blade as well as the body. Everything is now dropping sword and body, now step back while remaining low. This increases the movement of the sword and moves the body away from the target taking the sword too. To optimize the weapon whether it is a sword, nunchaku or the human body it must move to be efficient, a stationary object does no harm.

The motion of the blade is downward, being pulled back and the now the body moves away from the opponent, distance is created.

Step 5. Deflecting & Striking. This is the toughest one of all because this changes everything you just learned. Think of this technique now as a deflection. This is done in karate too, so it has to be true in sword work, a strike is a block, and a block is a strike. I say block but realize I don’t intend for you to stop the attack but redirect its power, so when I say block it is inter-changeable with deflection. To deflect using this vertical downward movement turn your sword so the cutting edge is to the left and you can use the side of the blade for defense, this way the cutting edge would not be damaged.

Visual your attacker using Waza One against you, you mimic his movement but as a deflection. The point here is to avoid his blade making contact with you so redirect the power down, then you add step 4 his blade goes into the ground and you have moved back to avoid then you could lunge forward with a thrust, finished.